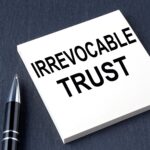 It is commonly assumed that an “irrevocable trust” is one whose terms can never be changed. However, that assumption is not always true. There are many ways an “irrevocable” trust can be modified or even terminated. Some of those ways require the consent of the trust creator, the beneficiaries, a court, or a combination of the foregoing.

However, there is one method that does not require the consent of the maker, the beneficiaries, or a court. This method is known as “decanting.” Decanting is a legal technique whereby a trustee can use discretionary distribution authority in an existing trust document to “pour over” assets from the existing irrevocable trust to a newly created irrevocable trust.

This decanting technique can be used to resolve many issues that arise after the original trust is created. Some of those issues might be clarifying ambiguous language in the original trust document, resolving beneficiary disputes, or making the trust compatible with current tax laws. Arizona is one of the many states that have adopted decanting as a non-judicial method to change the terms of an irrevocable trust. Arizona’s decanting statute can be found at A.R.S. 14-10819