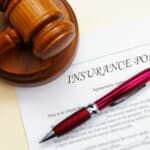 Federal Law Trumps State Law: Very seldom does the United States Supreme Court decide a case involving state probate law.  However, on June 3,  2013, the Court once again decided that federal law trumps state law when it comes to certain estate matters. This decision serves as a powerful reminder that an individual should definitely change their beneficiary designations following a divorce because state law may not do it automatically.

Conflicting State and Federal Laws: This unanimous Supreme Court decision arose out of a conflict between Virginia probate law and federal law. Under Virginia law, divorced couples automatically are no longer beneficiaries of each other’s life insurance policies. The Virginia probate statute automatically revokes a beneficiary designation in any contract that provides a death benefit to an ex-spouse.

Virginia’s Law’s “Commonsense” Approach: The Virginia statute appears to be a sensible solution to those situations where a husband and wife simply forget to change their beneficiary designations following their divorce. Unfortunately, in the Supreme Court case, federal law governed who was to receive the life insurance proceeds. The federal law trumped the Virginia law because the decedent was a federal employee covered by federal law. Of course any time a state law attempts to change the result that would occur under federal law, there is a conflict — and that conflict is almost always resolved in favor of the federal law.

Limitation of Court Decision: This Supreme Court decision only applies to federal plans and programs for federal government employees. However, it drives home the point that all estate plans and beneficiary designations should be reviewed and appropriately updated following a divorce.